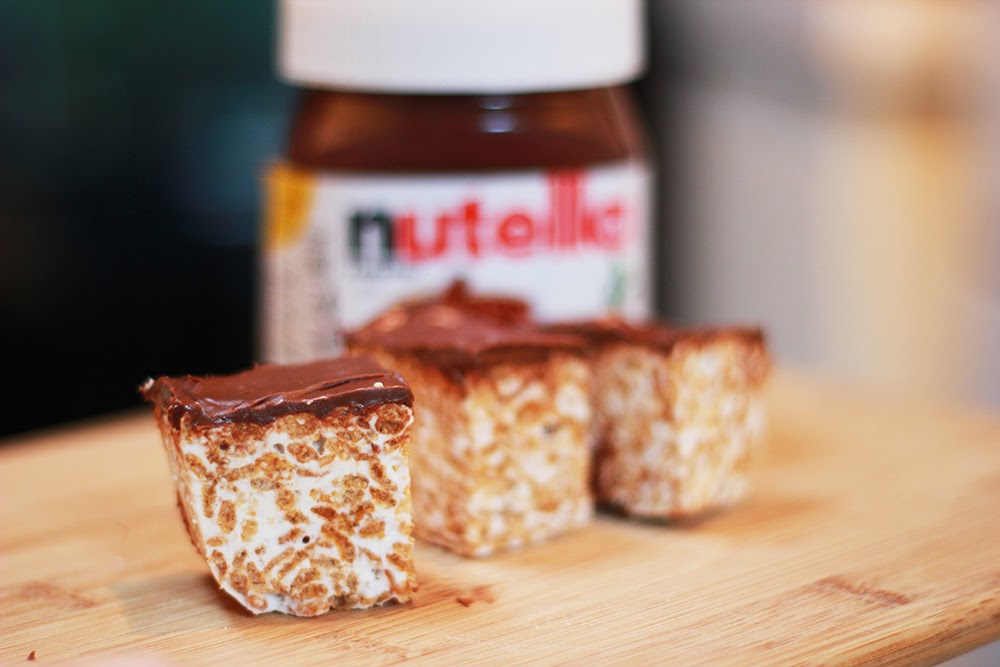 My contribution this year is going with the browned butter theme I established in my first post this year.

These were ridiculous. I am typically pretty good about not over-indulging in the goodies I make (caramel popcorn being the glaring exception), but I knew these had to leave the house almost as immediately as I finished them.

So, you obviously don't have to make your own marshmallows, but I have a ridiculous amount of gelatin leftover from holiday baking that I take every opportunity to use up, so prefer to make my own (and so long as you have a stand mixer, it's actually really easy). Also, I followed my dear Smitten Kitchen for the rest of the recipe. She never does me wrong. Another side note, I actually doubled the recipe. Making 2x the  marshmallow in one batch is fine, but I don't recommend trying to brown 2x the butter and mix in 2x the rice crispies into one pan. I just did it twice (so unlike me! I am notorious for preferring to make "one trip"

For the Marshmallow
In the bowl of a stand mixer:
1 ½ envelopes gelatin
¼ c cold water

to add in later:
½ tsp vanilla

For the Krispies
4 ounces (1 stick) unsalted butter, plus extra for the pan
10 oz of prepared marshmallow (it actually will make closer to 11.5 oz... I just used it all) or a bag of them
1/4 tsp kosher salt
6 cups Rice Krispies cereal (about half a 12 oz box) (I used brown rice crispies. Probably some delusion that I'd be adding a smidgen of healthiness to the recipe. I couldn't taste the difference, so go for it if you are as equally delusional as me.)

For marshmallow: In the bowl of a stand mixer (set with whisk attachment), pour in ¼ cup cold water and sprinkle with gelatin and let sit for at least 5 minutes while you prepare the syrup. Meanwhile, in a medium sized sauce pan, heat sugar, ¼ cup water, salt and corn syrup on medium heat stirring until dissolved. Once it starts boiling, stop stirring and bring it to 240˚. Turn stand mixer on low and carefully pour hot syrup down the side of the bowl. Once all syrup is in the bowl, turn speed all the way up and let it go for for 5-8 minutes until fluffy. Whisk in vanilla until incorporated. Set aside.

For krispies, first butter an 8 inch square cake pan or pyrex (for ease of removal, I actually line my pan with buttered aluminum foil or wax paper).

Melt the butter in a large saucepan over low heat. Keep a close eye on it and stir frequently. The butter will probably try to boil or sizzle, so don't let it do that. Stir frequently, scraping up any bits from the bottom as you do. First it will foam up and be hard to see what's going on underneath the foaming. Then the foam will subside and you'll start to see little "bits" floating in the butter. That's the good stuff. Keep your eye on those bits and when they start getting to a caramel color and the aroma is nutty, remove from heat. Don't get impatient for it to start browning; the period between the time the butter begins to take on color and the point where it burns is often less than a minute (good advice from Deb). 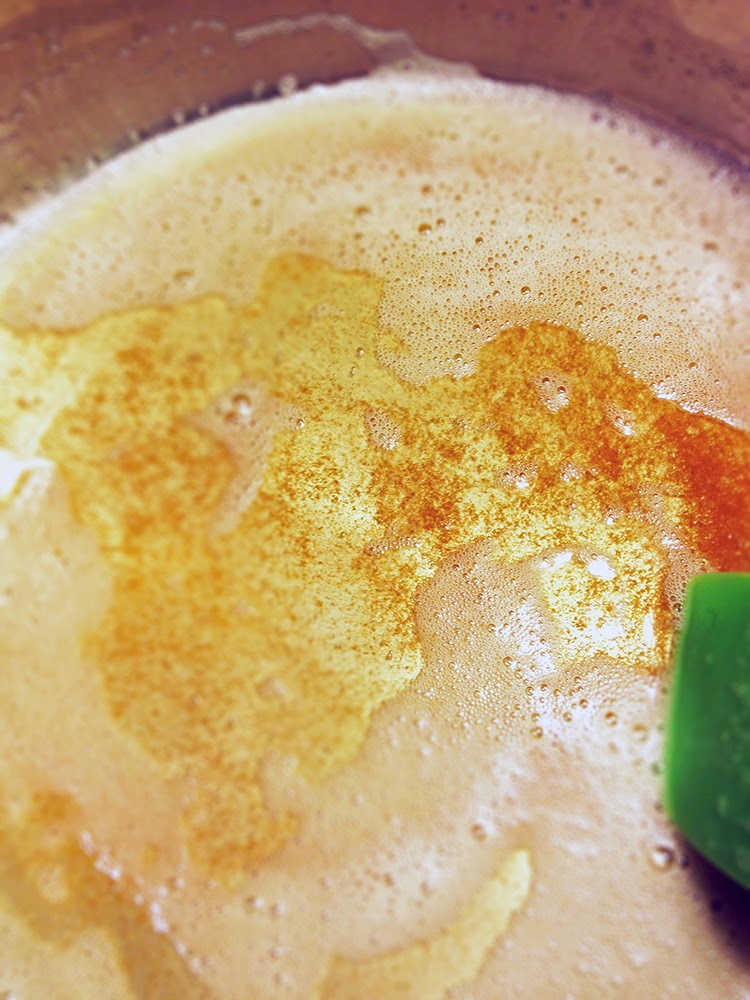 Once off the heat, stir in the marshmallow goop (this will be VERY sticky and hard to work with, and you will not be able to scrape every bit out from the bowl of the stand mixer. I'm sorry, but you'll just have to tackle that after you're done making the treats). The residual heat from the melted butter should be enough to melt the mallow mixture, but if it is not, turn the heat back on low until the marshmallows are smooth. 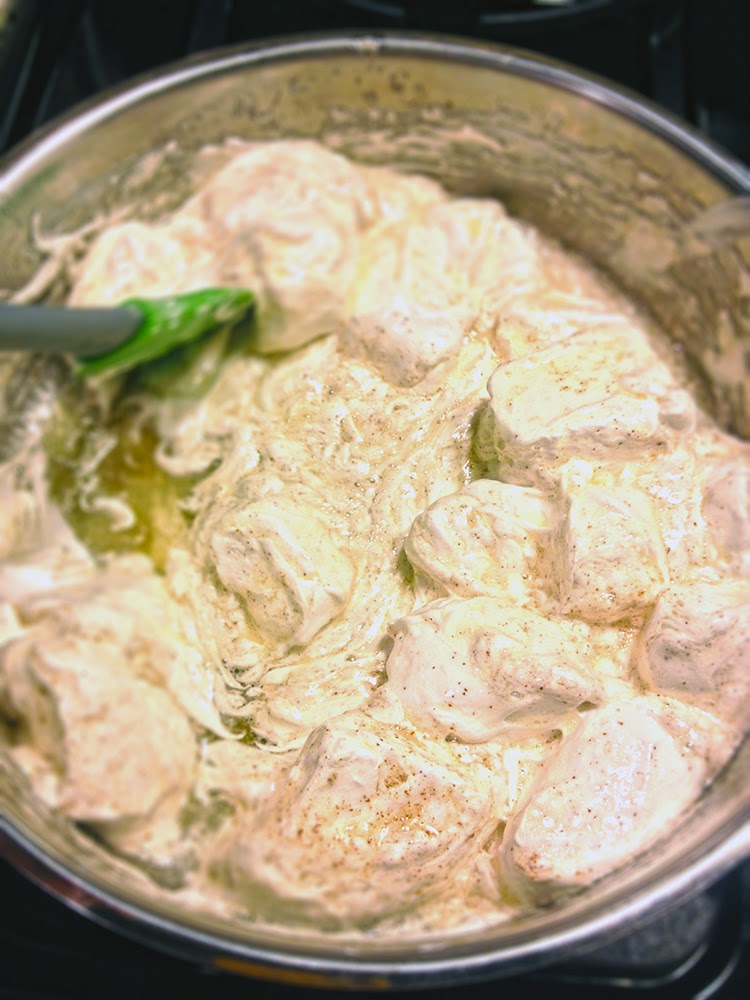 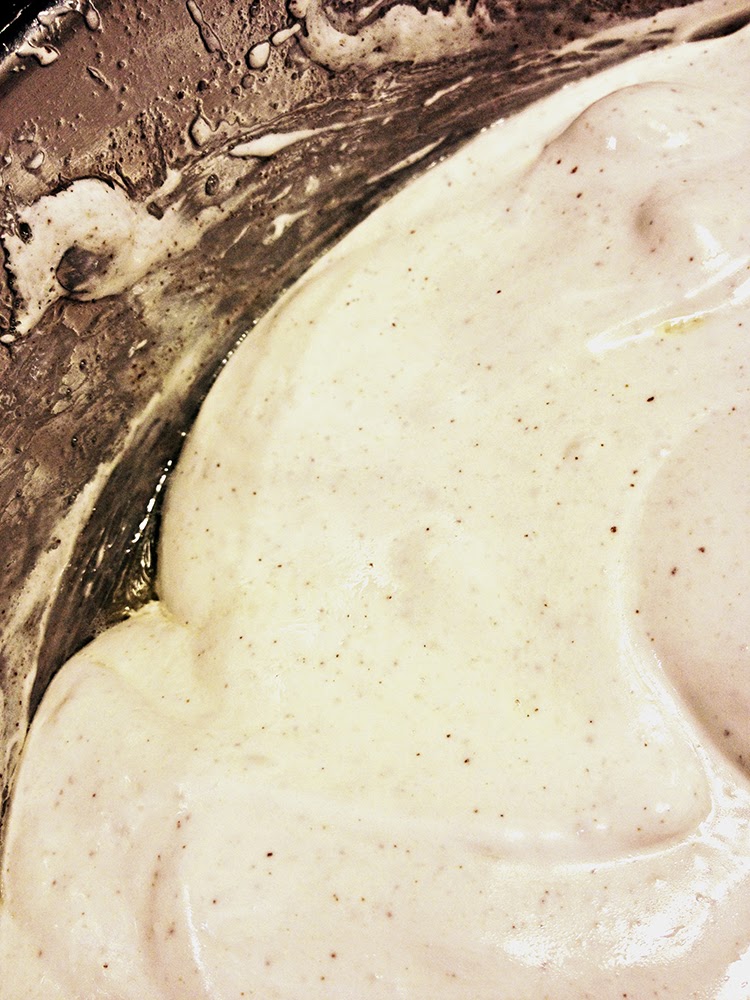 Remove the pot from the stove and stir in the salt and cereal together. Quickly spread into prepared pan. Smooth out with a silicon spatula (I found that worked best). 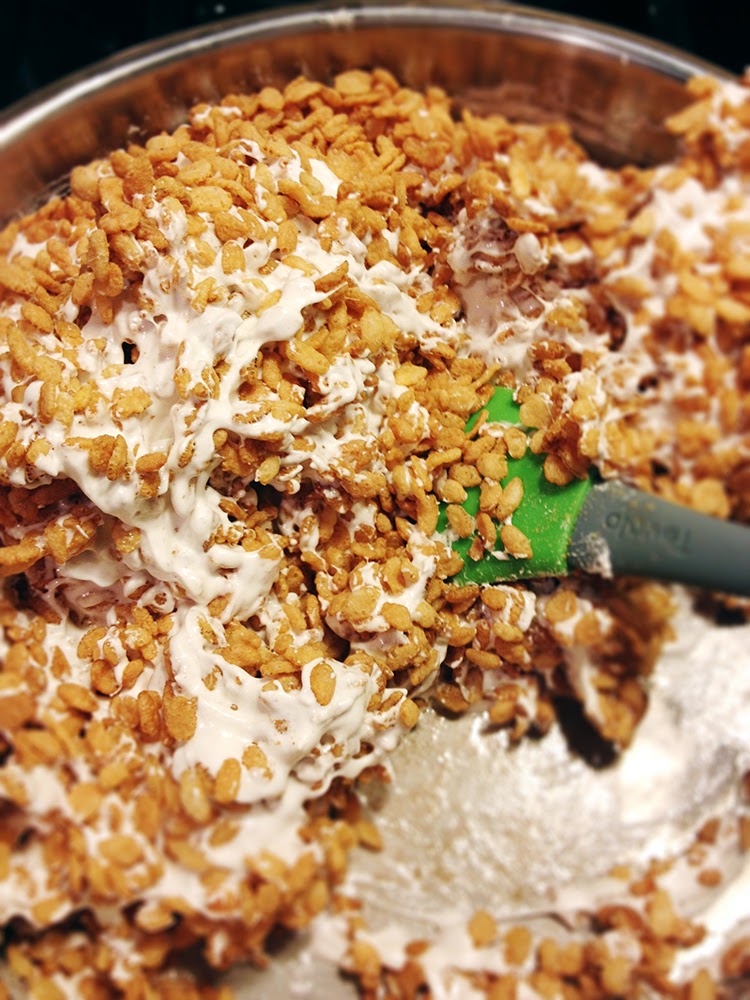 I put it in the fridge and let it set for about an hour then went to town adding a schmear of Nutella across the top of it then let it cool again before cutting into squares.
Posted by Unknown at 3:00 PM